What’s better than saving strokes? Saving money, of course – and now you can do both with our incredible Hummingbird Wedge BOGO Bundle.

It’s simple. Just purchase the original, 70° Hummingbird Wedge and we’ll add the 58° Hummingbird to your order at no extra charge.

You can learn all about these game - changing wedges through the video and copy below. Here’s one very key detail:

The Hummingbird BOGO Bundle comes with a 60 - day, money - back guarantee.Try both wedges for 60 days and if they don’t save you a mountain of strokes, you can return them for a full product refund.

If you want in on this killer special, you need to act NOW. We’ve set aside a very limited number of 58° Hummingbird Wedges for the giveaway – and once they’re gone, the deal is done.

Show Me the Details!

“When you have the Hummingbird, you feel like Phil Mickelson.”

Your buddies exchange a glance and a grimace.

Oh sure, it’s the right shot for the situation.

Your ball behind a gaping bunker.

The flag about four paces on the other side of the sand. 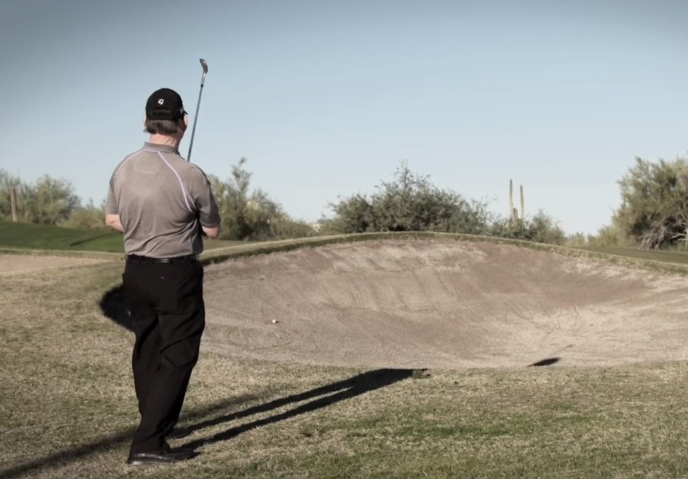 Green sloping away from you like a black diamond ski run.

No doubt, the flop shot is your only chance to get it close.

But your buddies, well, they know what’s about to happen.

They’ve seen this act before.

So as you ponder the shot, they start making bets.

“Ten bucks says he chunks it into the bunker,”Carl whispers to Sammy.

“You’re Sammy chortles under his breath. “I say he skulls it into the azaleas.”

Meanwhile, you make a series of earnest practice swings with your sand wedge.

“Open your stance, open the face,” you think out loud.

“Swing across the ball and accelerate through impact.”

Hey, at least you know what you’re supposed to do.

Alas. Actually doing it is a whole ‘nother story.

Sammy starts to hand it over, then pulls it away.

“Same bet on this bunker shot,” he tells Carl, who nods with a smirk.

You trudge into the sand and repeat the routine.

“Open your stance, open the face,” you mutter through gritted teeth.

“Swing across the ball and accelerate through impact.”

Turns out they’ve been passing the same raggedy $10 bill back and forth since TVs had tubes.

Because you keep doing what you’re doing.

And keep getting what you’re getting.

It’s amusing to them. But it’s driving you insane.

Of course, it’s not just you.

Which begs a couple of questions. First…

What makes these short little shots so friggin’ hard?

You’re not wrong. The real blame, though, lies with your club.

Trying to hit the ball sky-high with a 56° or even 60° wedge requires serious skills. The same goes for sand shots.

You’ve got to open the clubface, aiming it well right of the target (assuming you’re right-handed).

You’ve got to open your stance to point way left.

That, my friend, take some major cojones.

Here’s the thing, though.

Thanks to the club’s design, those adjustments actually make these shots harder. 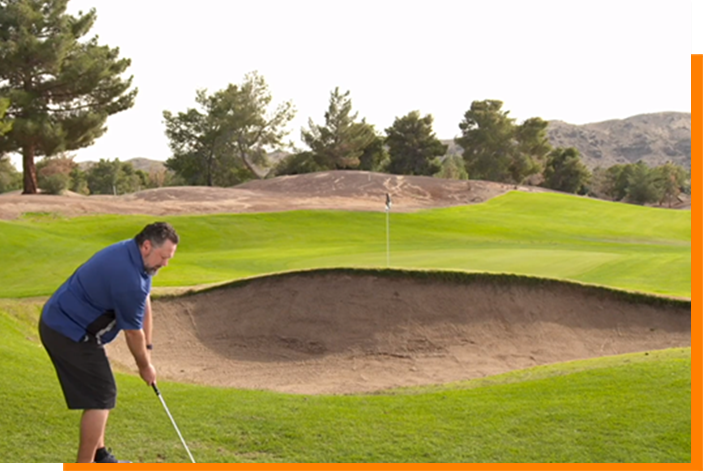 On the flop shot, for instance, opening the blade decreases the club’s effective hitting area – and cutting across the ball shrinks it even more.

Hence, making solid contact is harder than folding a fitted sheet with one hand.

Opening the face also increases the club’s bounce, which boosts your odds of “drop-kicking” the ball into the next area code.

Oh, and it doesn’t help that the typical wedge has a narrow sole and a sharp leading edge – so if the club doesn’t bounce off the turf, it digs into it. Can you say chunkola?

Finally, there’s the wedge’s relatively flat lie angle, which forces you to swing on a major arc and manipulate the clubface to square it at impact. That brings your hands and wrists into the picture – not exactly a recipe for success… or consistency.

Now you know why these situations make amateurs look like what they are – amateurs.

Which brings us to question No. 2:

What can you do when you need to hit a high lob or a soft, spinning bunker shot?

The way I see it, you’ve got three options:

Then an award-winning club designer got frustrated watching recreational golfers trying to play these specialty shots with a standard wedge.

He knew they had no chance.Their clubs left them S.O.L.

They needed more loft so they wouldn’t have to open the clubface.

They needed a wider sole that would slide along the turf rather than digging or skipping.

A bigger clubface would help as well - because there’s no such thing as too much forgiveness.

In short: They needed a wedge that wasn’t even on the market.

So the designer sketched out his dream club, adding a couple of unique alignment features and an upright lie angle that brought it all together.

He was thrilled with the concept and excited about the possibilities.

There was only one problem:

Who was gonna produce this wonder wedge?

He thought about pitching it to a few major clubmakers. He’d worked with several in the past and, with his résumé, he could easily get an audience.

He already knew, though, that they’d just shoot him down.

“We love the idea,” they’d say,“but it doesn’t really fit with our existing line.”

And no doubt someone would come back with this old standby: “It’s just a little extreme for our brand.”

That thinking was wrong-headed, of course. The designer had seen plenty of unconventional clubs do big sales.

In fact, he’d built a few himself.

So he decided to call an independent clubmaker he’d collaborated with before.

I’m delighted that he did. Because that clubmaker was me.

I’m Andrew Knack – a golf industry veteran with a background in marketing and product development.

The designer is Jeff Halstead, a multi-time Golf Digest “Hot List” winner for his work with companies like TaylorMade and Adams Golf.

As I mentioned, Jeff and I have worked together before.

You may have seen or even used some of our clubs. We’re really proud of them all, and I know we’ve helped a lot of golfers save a ton of strokes.

But I truly believe that our latest creation might be our best yet. 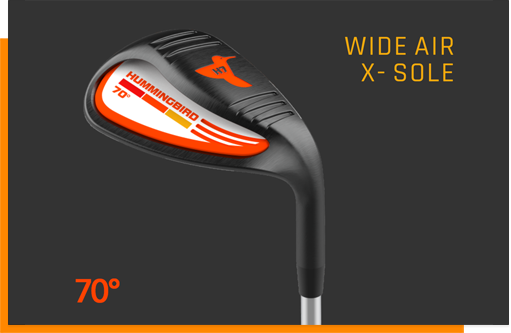 What makes the Hummingbird Wedge so special?

Where do I start?

On and on it goes.